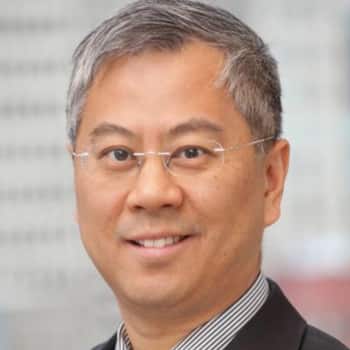 Dr. Peter Huo has been entrusted with increasingly important role over the last 16 years for Wanhua, a 10 billion US dollar leading supplier in the polyurethane industry, with a commanding market position in China in particular.

Since 2008, he has been the Vice President of Sales & Marketing and has overseen a 600% increase in volume and revenue, and a dramatic increase of its market shares both in China and rest of the world.

He was instrumental in starting up and leading the company's international business unit from 2005 to 2008, when Wanhua just entered the international stage. This effort has resulted today the sale of more than $2 billion of products annually for Wanhua to the international markets. The company's global initiative also includes the acquisition of BosordChem of Hungary in 2011.

He received his BS in Physics from Peking University in China in 1986 and Ph.D. in Polymer Physics from the Massachusetts Institute of Technology in 1993. He has since worked in the US for a specialty chemical company (W. R. Grace) and a pharmaceutical company (Pharmacia Upjohn, now Pfizer) in R&D and technical marketing. He was the founding CEO of OnNext in Northern California from 1999 to 2002 before he returned to China in 2002 to join Wanhua, as the Director of Wanhua’s Beijing Research Center.