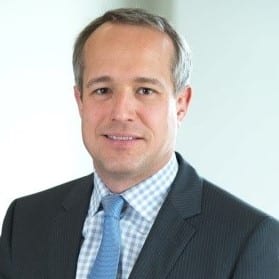 In this role he is accountable for overseeing Royal Dutch Shell’s global chemicals business - and in particular - leadership of its ambitious growth strategy. Thomas provides strategic oversight, leadership and accountability for safety, commercial business and operations results.

Prior to his current role, Thomas was Vice President Chemicals Americas, with responsibility for the Americas region of Shell’s Chemicals business since early 2017.

Thomas has been a part of Shell’s Chemicals Leadership Team since June 2012 when he was appointed Vice President for Chemicals Operations where he had responsibility for supply, logistics, customer centres and HSSE. He then became Vice President for Global Base Chemicals & New Business Development in February 2014.

Thomas joined Shell in 1996 after graduating from the University of Utrecht, Netherlands with a degree in Theoretical Physics. His first role was Retail Loyalty & Marketing Project Manager in Shell Netherlands. Subsequently, he held a variety of commercial, operational and marketing roles in the Retail business and in 2005, Thomas became the General Manager for the Dutch Retail Business. Before joining Chemicals, Thomas was General Manager, Retail Network Planning, with responsibility for strategy and planning for all Retail locations globally. He played a critical role in increasing Retail’s ability to grow in markets such as China, India, Russia and Indonesia.