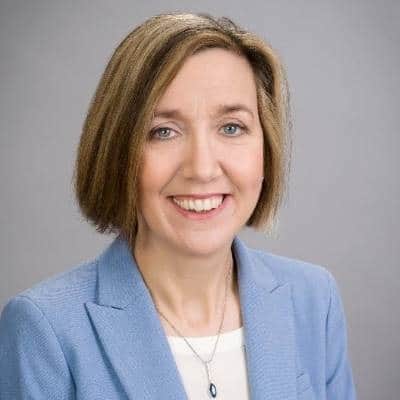 Karen joined ExxonMobil in Great Britain in 1990, where she held a range of assignments in Chemical manufacturing and Refining. Following a variety of business positions based in Brussels and Houston, she was appointed vice president of ExxonMobil Chemical’s Adhesion business in 2007. In 2010, she became vice president of Operations for Lubricants & Specialties and subsequently for Fuels, Lubricants & Specialties.

Karen has previously chaired both the Downstream and the Chemical Women’s Leadership Teams for executive women in ExxonMobil. She is an active champion of community support and engagement, leading several ExxonMobil giving campaigns that generated millions in donations to critical community support organizations.

Karen was born in Northern Ireland and has a master’s degree in chemical engineering from The University of Nottingham, England.