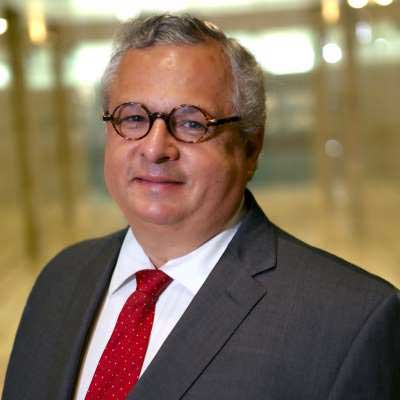 Chemical engineer by Universidad Federal of Río de Janeiro, has master's degree in Chemical Engineering from the University of Manchester Institute of Science and Technology-UK. He also has an MBA from the Business School of Sao Paulo.

He began his career as an analyst engineer at the National Economic and Social Development Bank of Brazil and then moved to the Chemical Industry. For 15 years, he was responsible for diverse technical functions, since 1992 has been dedicated to management functions, mostly on Commercial activities and Business Development and served as director in several companies in the chemical sector in Brazil, USA and Mexico.

In 2002, he joined the team of Braskem where he has served as director in various areas.

Currently, he is Director of Energy and Strategic Feedstock, New Business Development, Institutional Relations, and External Communications at Braskem Idesa, a joint venture between Braskem (Brazil) and IDESA (Mexico), that implemented a Complex in Mexico to produce 1,05 million tons of ethylene and polyethylene.